1. NAME
The league will be known as Hertfordshire Squash Rackets League (with, if applicable, provision for sponsors name)

2. AIM
To organise competitive squash racket leagues in Hertfordshire and any associated events.

3. COMPOSITION
Any bona fide squash league in Hertfordshire affiliated to England Squash, may apply to join the league. Admission to the league will be at the discretion of the Committee. Clubs not affiliated at the start of the season will forfeit all points until they become affiliated. For a club to qualify for entry into the league for the following season, a representative of the club must be present at the AGM and record his name. Should a club fail to so record, entry to the league is at the discretion of the League Committee, and the basing of the position on the basis of last season’s results cannot be guaranteed.

5. SUBSCRIPTION
Clubs wishing to enter the Winter or Summer Leagues must apply in writing to the League Committee clearly stating the desired division for the team being entered along with a nominated captain.

The annual subscriptions which will be fixed by the League Committee will be payable with entry. No entries will be accepted without the appropriate subscription. It is the responsibility of each club to ensure the application and subscription has been received by the League Secretary for any teams being entered for their club.

6. RULES OF PLAY
The League Committee will adjudicate to try to ensure fair play. Appeal against the Committee decisions may only be made to the Herts SRA Management Committee whose decision will be final.

b. In Men’s Winter Division 1, there there can be a maximum of 5 male PSA or PSL players play for each team in the entire season. No more than 3 of these players can play in any one match and no more than 2 of those 3 players should be registered to County Teams other than Herts. These 5 players are to be nominated before the season starts and can only be changed with approval of the League Committee under exceptional circumstances. N.B. Male PSA and PSL players are those listed on the website lists as of season start, without exception.

c. Changes to the nominated order, which reflect changes in playing standard or the inclusion of reserves at a position higher than 5, must be entered onto the on-line league system by either the team captain or the club administrator or any of the League Committee at least 24hrs prior to the match being played. Any persons changing the nominated order other than the Team Captain must inform the Team Captain and the League Secretary. Failure to observe the nominated player rule may result in particular ties being declared void.

d. All players must be fully paid up bona fide members of their club to the satisfaction of the League Committee.

g. A player nominated for a higher team may not play any matches for a lower team unless permitted under Rule 8(b).

8. TRANSFERS
a. Under no circumstances may a player represent more than one club in the Hertfordshire League in one season without approval from the League Committee.

b. Clubs may transfer a player from a higher team to a lower team at half season. Irrespective of division, the League Committee must approve any transfers. Applications for transfers must be made in writing to the League Secretary before the beginning of the second half of the season. The Committee will require bona fide reasons for transfer e.g. rapid improvement of form, injury, new players to club whose presence means an established player loses his place. From the date of transfer he becomes a member of the lower team and will be governed by Rule 7(b) applying to reserves if his club wishes him to play as a reserve in a higher division.

9. MATCHES
a. Ties will consist of the best of five sets played PAR to 15 with 2 clear points at 14-14. Teams will be awarded one point for each tie won and bonus points to the winning team (5 in the Winter League and 3 in the Summer League).At least three players from the home side and three players from the visiting team must be ready to play at the stipulated starting time. Unless otherwise agreed by the Team Captains, any player who arrives after one hour after the scheduled time or 8.30pm, whichever is later, will be disqualified. The team will forfeit the offending player’s rubber and all the rubbers beneath. (The recommended order of play is 5, 3, 1, 4, 2)

b. If a team knows in advance that a player cannot arrive on time, the opposing Team Captain should be informed and suitable arrangements made. This rule also applies to players wishing to leave early.

c. It is the home team’s responsibility to ensure that there is a sufficient court time for a match to be completed, assuming players present as per Rule 9(b). If a tie cannot be completed due to lack of court time the time will be forfeited to the visiting team.

d. In the event of late arrival, the match must be played as far as possible and the matter reported to the League Secretary. The League Committee will take the appropriate action which may result in points being deducted or ties being declared void.

e. If a team knows in advance that it is unable to turn out 5 players, those present must play in the highest order. If a player playing other than No. 5 fails to turn up when expected to do so the circumstances must be reported to the League Secretary. The League Committee will take appropriate action which may result in the absent player’s tie and all ties below being awarded to the opposition.

g. If a team fails to field a full side in any match the League Committee will require an explanation. It is expected that all players will be present for both the match and the after match refreshments. On second and subsequent occasions a fine of £5 per absent player will be levied on that team’s club which will be used to defray the expenses of the other team. No points will be accredited to the offending team until the fine is paid.

10. POSTPONEMENT & FORFEIT MATCHES
a. No match may be postponed without approval of the League Secretary. Non-availability of regular players is not a valid reason to seek postponement.

b. Matches postponed during the first half of the season must, unless there are exceptional circumstances, be played before the second half commences.

c. The date of the rearranged match must be notified to the League Secretary.

d. If a team wishes to forfeit a match due to unforeseen circumstances then the opposition team will be awarded a walkover and the 5 nominated players on the date of playing for the winning team will be used as players for that match.

e. When a team gives a walkover, a contribution to expenses may be payable to the opposition.

11. PROMOTION AND RELEGATION
a. Promotion and relegation will normally be on a two up, two down basis, except between divisions 1 and 2 where it is one up and one down. However, the construction of the divisions is at the discretion of the League Committee who may form new divisions resulting in teams not being promoted or relegated.

b. In the event of two teams ending the season on equal points, positions will be decided on the basis of the individual games won. If teams are still equal and promotion/relegation is at stake then the number of matches won will be used.

12. CONDUCT
a. Players must conduct themselves properly on and off court at all times. Failure to do so may result in the player concerned receiving an official warning as to future conduct or being suspended for an appropriate period of time.

b. All complaints regarding conduct must be made in writing to the League Secretary within 7 days of the match and be signed by two club officials e.g. Team Captain, Club Administrator, Club President, Manager etc. The League Committee will endeavor to consider such complaints as soon as practical and may request the offending party(ies) to appear before the League Committee.

13. SUBMISSION OF RESULTS
a. It is the responsibility of the Home Team Captain to submit a match card via the on-line system, which must be posted on-line within 7 days of the match. It is the responsibility of the Away Team Captain to confirm the results on-line within a further 7 days of the match results being posted on-line. Failure of a Team Captain to enter results within the allotted time period will result in them forfeiting the right to challenge any posted on-line result. b. Failure to comply with Rule 13(a) may result in the match being awarded to the visiting team 5-0 (Summer League 3-0).

c. The League Secretary reserves the right to submit or modify any match result within the league system if there is reason to do so.

14. RETURN OF TROPHIES
a. It is the responsibility of the winning teams to return the division winners trophy one month prior to the AGM. Failure to do so may result in a fine of £25 being imposed.

b. Trophies will be issued at the AGM; the receiving team captain will be required to sign for each trophy taken. This will ensure that the League Committee has documentation relating to the trophies whereabouts. 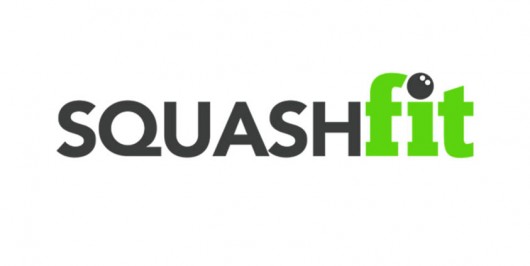